The Bluetooth Special Interest Group (SIG) announced it will start qualifying products using the LC3 Low Complexity Communication Codec, part of the new LE Audio Specification announced at CES 2020, back in January. Even though the organization doesn’t expect the rest of the specifications that define all the use cases for LE Audio to be released before mid-year 2021, manufacturers are officially encouraged to start implementing the new Fraunhofer/Ericsson codec. 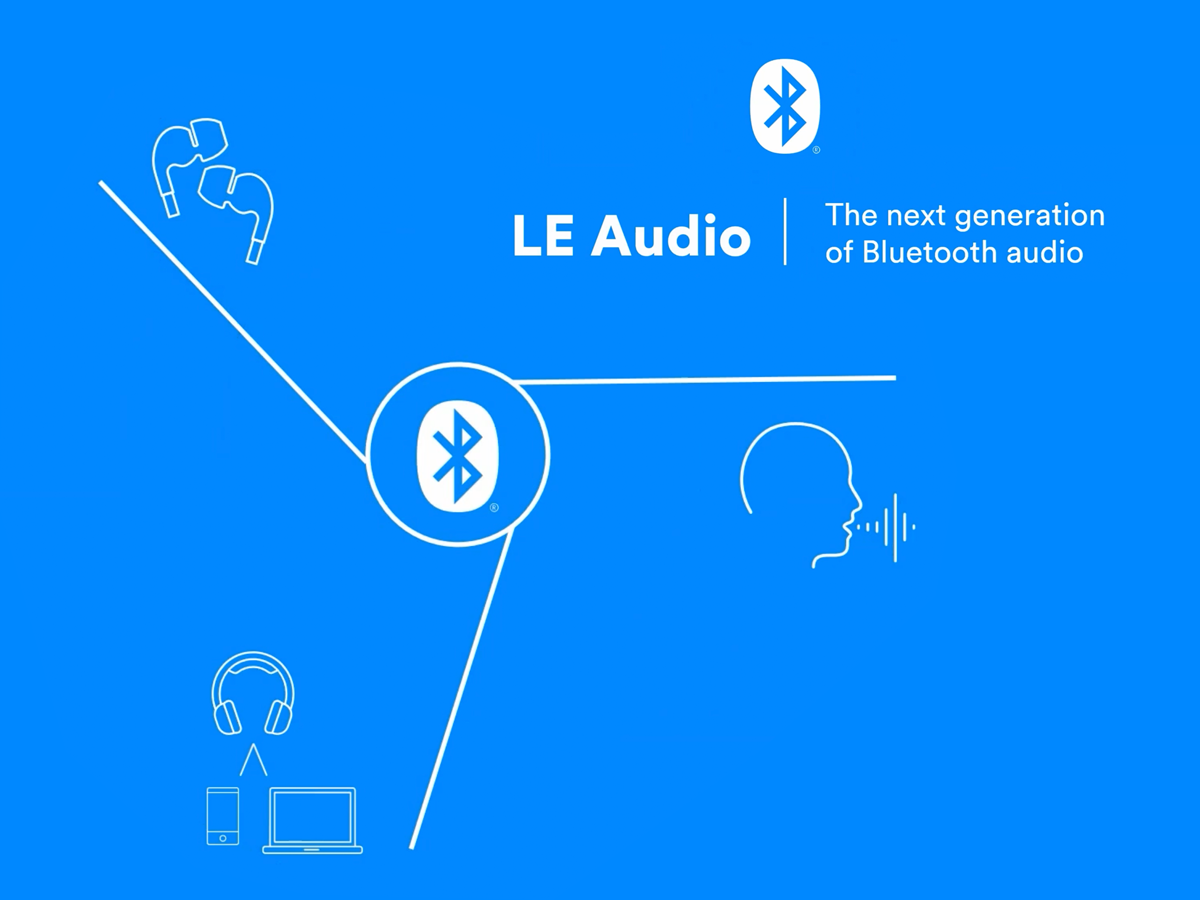 This announcement from the Bluetooth SIG is good and bad. The good part is that the organization is trying to encourage companies to start implementing the more efficient codec. The bad bad part is that it acknowledges that the complete Bluetooth Core Specification Version 5.2 that was promised to be released in 2020, will now be delayed to mid-2021.

As previously announced, the Fraunhofer Institute for Integrated Circuits IIS has been licensing the LC3 audio codec adopted for Bluetooth LE Audio already for some months. Fraunhofer IIS was instrumental in the LC3 development (as it did for more than 30 years with other vital codecs, including the AAC family).

The LC3 codec is a joint development by Fraunhofer IIS and Ericsson and provides high-quality speech and audio, even at low data rates, overcoming essential shortcomings in today’s wireless communication platforms. A reduction of the required bit rate by roughly 50 percent compared to the legacy SBC codec facilitates low-energy audio services – making it possible either to extend products’ battery life or to create smaller devices.

And LC3 is a step forward for LE Audio, bringing more flexibility to developers, and enabling them to make better design tradeoffs between key product attributes like audio quality and power consumption. As Markus Schnell, Fraunhofer’s technical lead of the Low Delay Audio Coding Group recently explained, the new codec will be vital for applications in hearing-aids, communication headsets, wireless speakers, and wireless headphones and earbuds.

“For voice services, LC3 will upgrade Bluetooth headsets to the latest in state-of-the-art audio quality, which has already been deployed in HD Voice+ VoLTE networks. Here, the introduction of the Enhanced Voice Services (EVS) standard audio codec brought a new level of speech and audio quality to mobile services. This level can now be delivered through Bluetooth accessories as well.

“All LE Audio headsets/voice devices will mandate the Super Wideband (SWB) quality and will be compatible with HD Voice+. This gives consumers a good reason to buy a new LE Audio device. Everybody using Skype, Facetime, or any regular mobile phone call – as more and more mobile networks support SWB – will be able to hear a clear and impressive difference between the former hands-free device and the new LE Audio.”

“For music, LC3 solves two fundamental quality challenges: All kinds of audio can be transmitted with excellent quality, and it cuts the data rate by 50 percent, which leads to longer battery life or the ability to develop smaller devices.”

Challenges remaining to be addressed, according to Markus Schnell, will consist mainly on manufacturers resisting the temptation to continue to implement their own proprietary audio codec and profile for Bluetooth transmission, limiting interoperability. “With LE Audio and LC3, vendors can switch back to standardized solutions, which opens up the market for manufacturers of playback devices,” Schnell adds.

According to the recently released 2020 Bluetooth Market Update, total annual Bluetooth device shipments will exceed six billion by 2024 (after having surpassed 1 billion in 2019). The introduction of Bluetooth LE Audio will help further accelerate market growth with nearly 2 billion audio and entertainment devices forecasted to be shipped annually by 2024. In addition to enhancing performance and adding support for hearing aids, LE Audio will introduce Audio Sharing, an innovative use case for Bluetooth technology that allows users to share their music with family and friends, or directly tune into TVs in airports, bars, gyms, and other public venues.

The 2020 Bluetooth Market Update reports that rapid growth in portable wireless speakers and soundbars demonstrates consumer preference and confidence in Bluetooth wireless audio devices and that nearly 97% of all speakers are forecasted to include Bluetooth technology by 2024. It is anticipated that, by 2024, half of all audio and entertainment device shipments will include Bluetooth LE technology.

The Bluetooth SIG has made available a demonstration of the audible differences between LC3 and SBC at different bit rates.
www.bluetooth.com